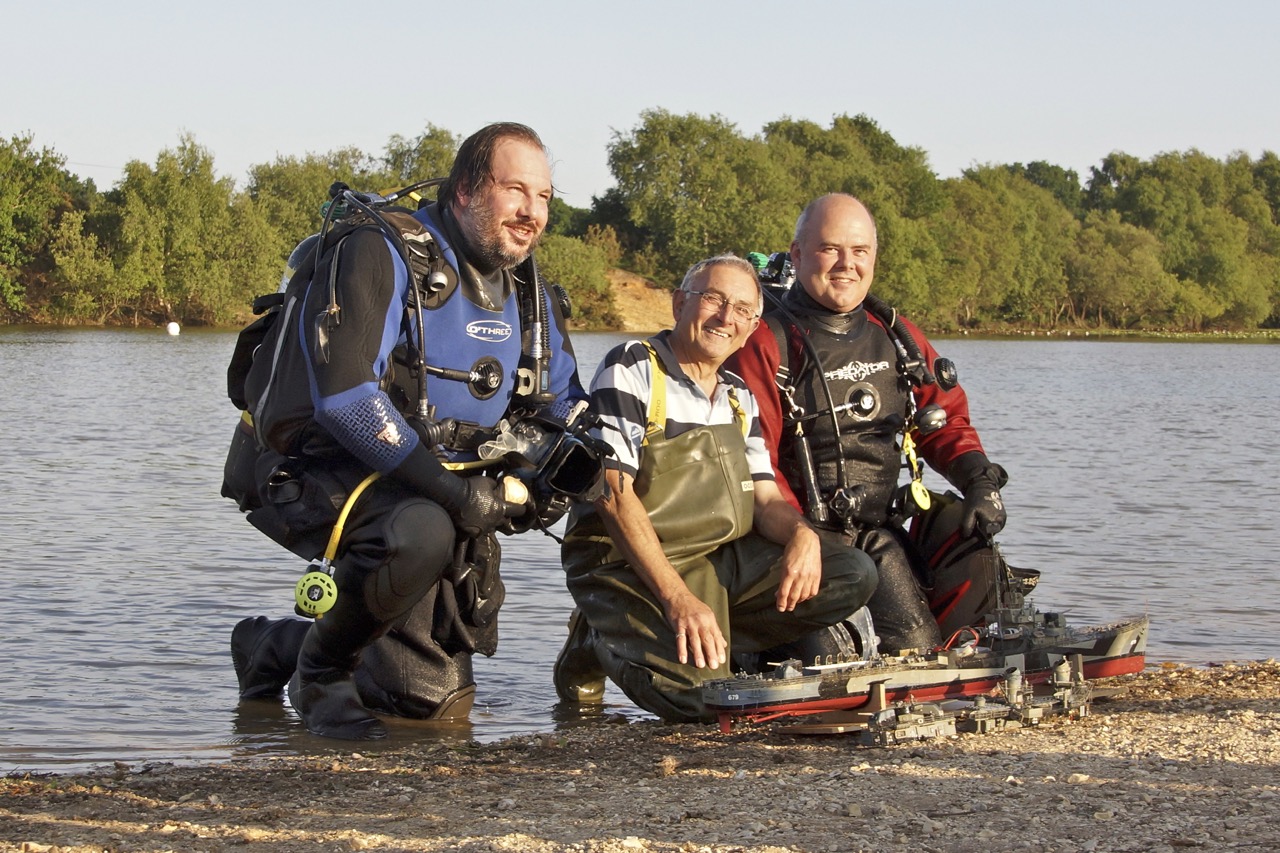 On 20th June 2013 divers from Calshot Sub Aqua Club recovered David McNair-Taylor’s sunken warship from the pond. Hit by a sudden squall, the newly completed model had capsized on her maiden voyage on the 2nd of June. Attempts to trawl the pond having failed, permission was obtained for the dive. Despite the zero visibility under water, a finger tip search in circles around a marker buoy detected the model which was recovered intact. 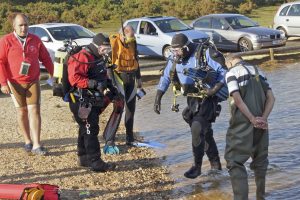 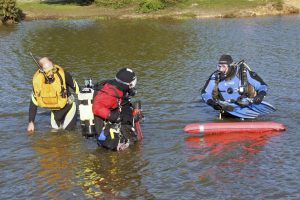 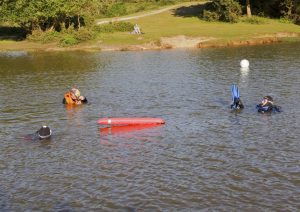 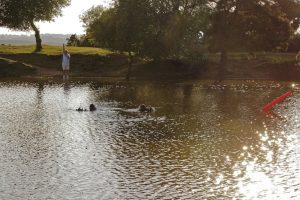 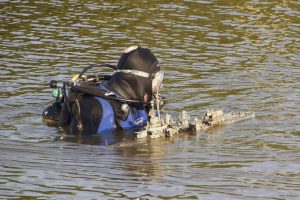 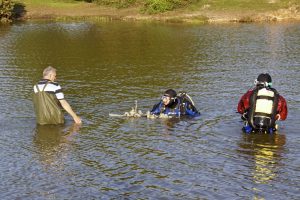 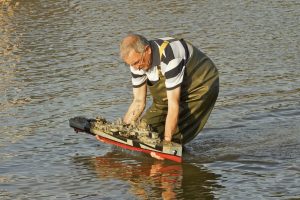 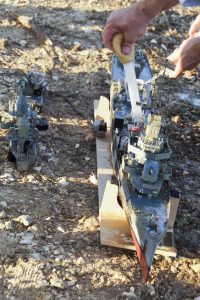 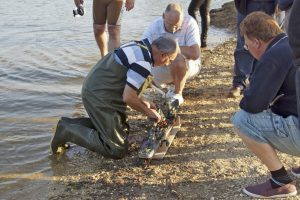 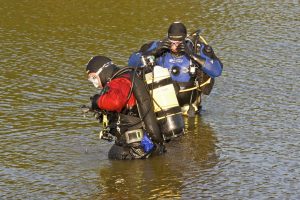 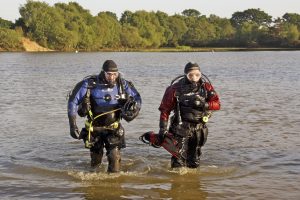 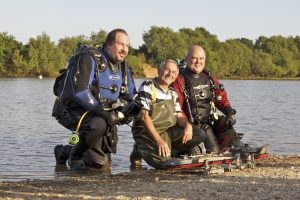