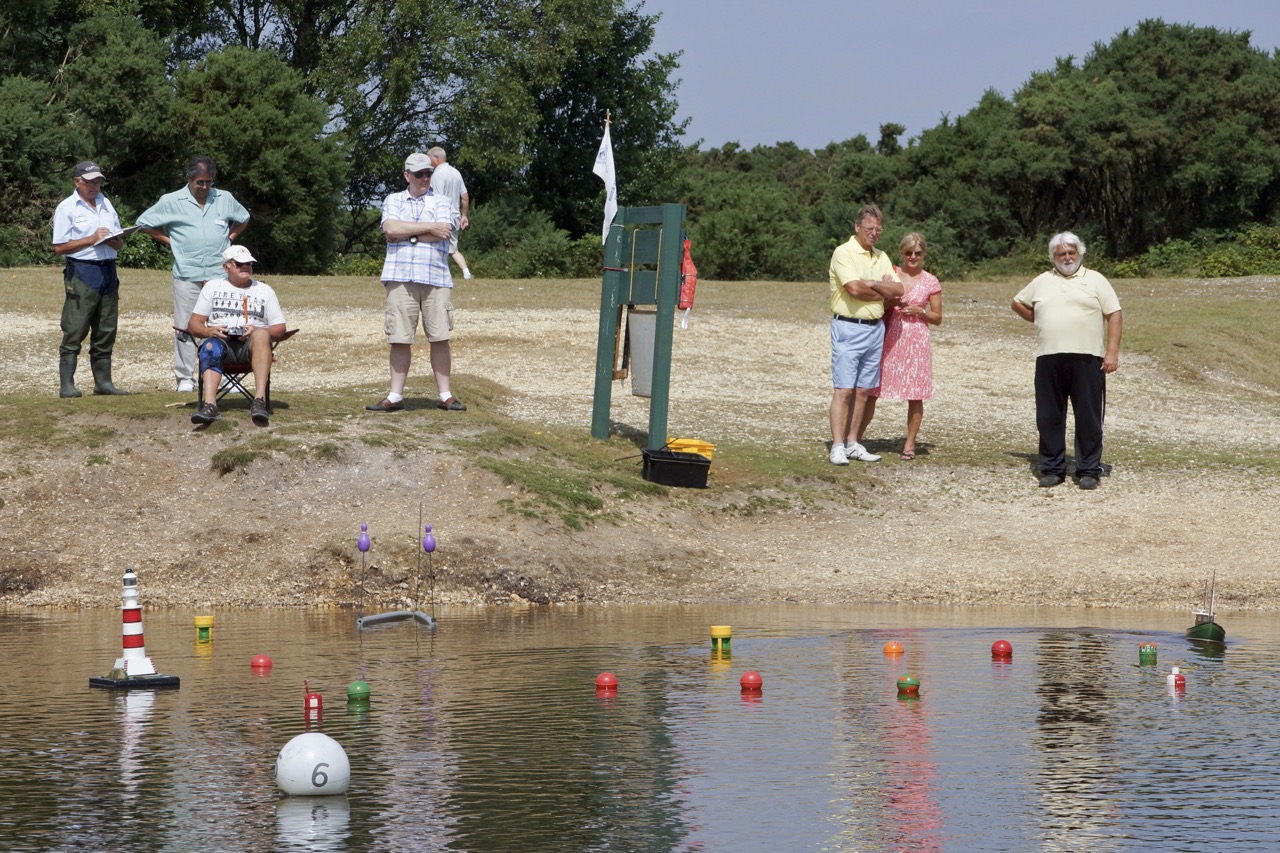 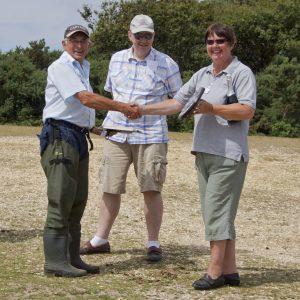 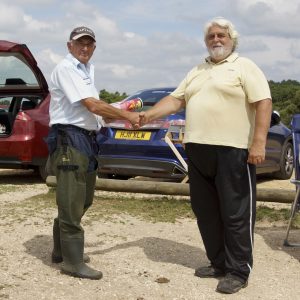 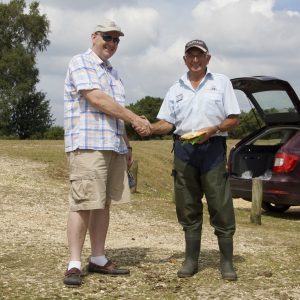 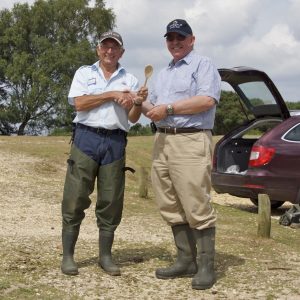 The “SRCMBC Fishing Club” was in action catching fish from the rapidly drying seasonal pond behind the car park. Several fish, all about 2 to 3 inches, were given a second chance in life by being transferred to the main pond. Several more fish, all about 3 foot long, got away. Finally, Cliff Newell won the “How many Wellies can you fill with Water” competition with a single score. 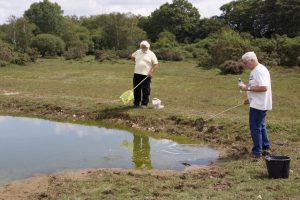 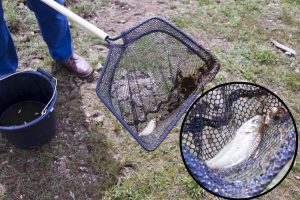 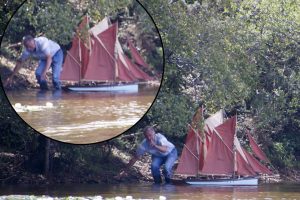