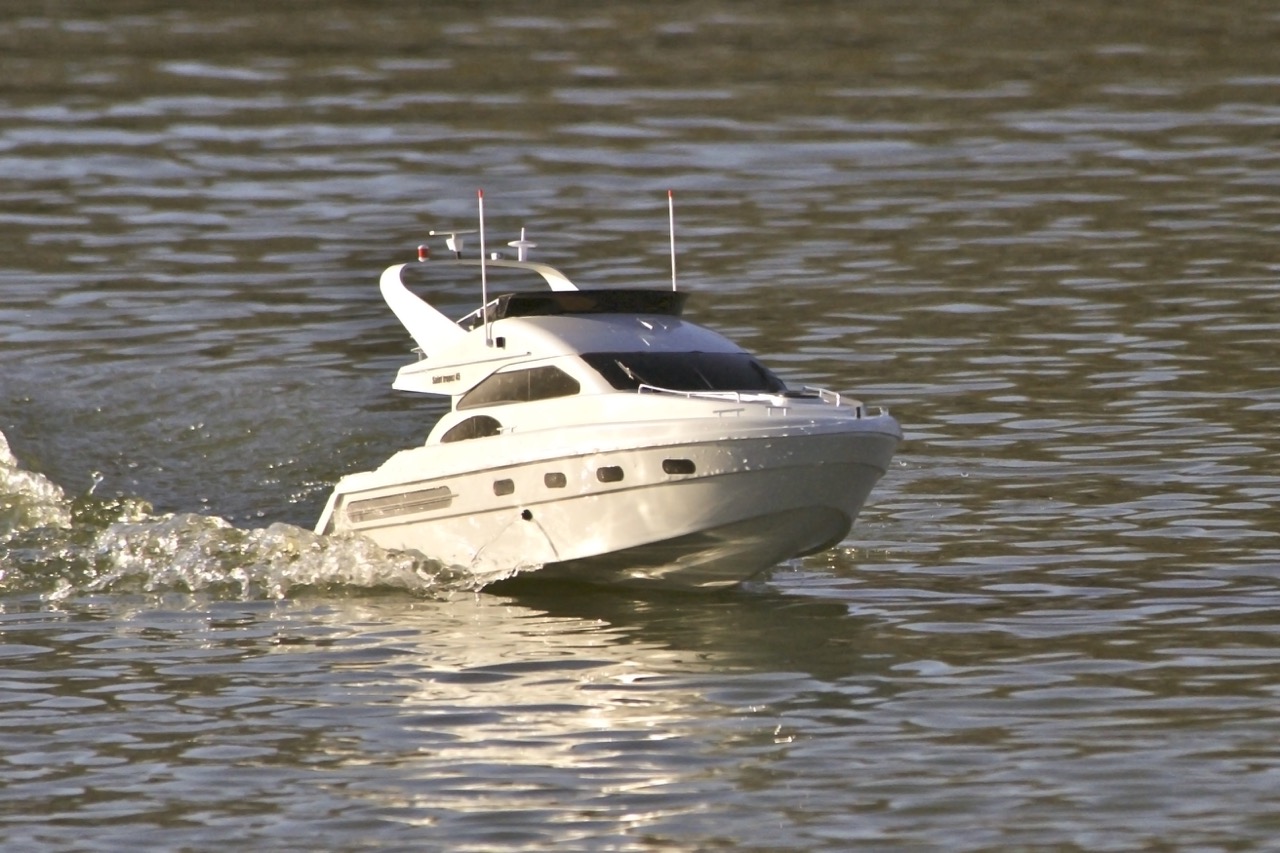 This “St Tropez 45” was a supposedly Ready to Run model originally bought by David Paget and named “Bardot” by his wife, Pat. Rather than emulate it’s namesake, the boat actually behaved like a more temperamental Hollywood film actress! It had an unreliable 27MHz radio system which caused the motor to start at random moments. The motor directly coupled to the prop-shaft and readily went into a violent vibration such that the coupling came loose or the motor came free from its mounting!

The photos show the much modified “Bardot” in which little more than the hull is original. Fortunately the superstructure was screwed to the hull so it was possible easily to replace the inner parts of the model. She now has 2.4GHz radio gear, a new 650 motor, prop-shaft and propeller, and a higher capacity 5Ah NiMH battery pack mounted transversely in the hull. The maximum current drawn by the motor is about 26A so the motor and the 25A Mtronics speed controller are water cooled using a scoop just aft of the propeller. 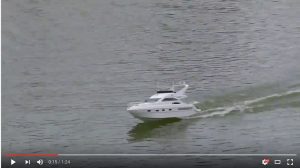 With these modifications, Bardot performs well and planes fast and level at full speed. Its ironic that, when I’m out on the water in my sailing dinghy, I disdain the “tupperware gin-palaces” as they cruise past me; now I have one of my own! The latest changes include refurbishment of the cabin top area with a planked deck and “leather” seating.

[Other models of Peter Taylor]   [other Speed Boat Models]