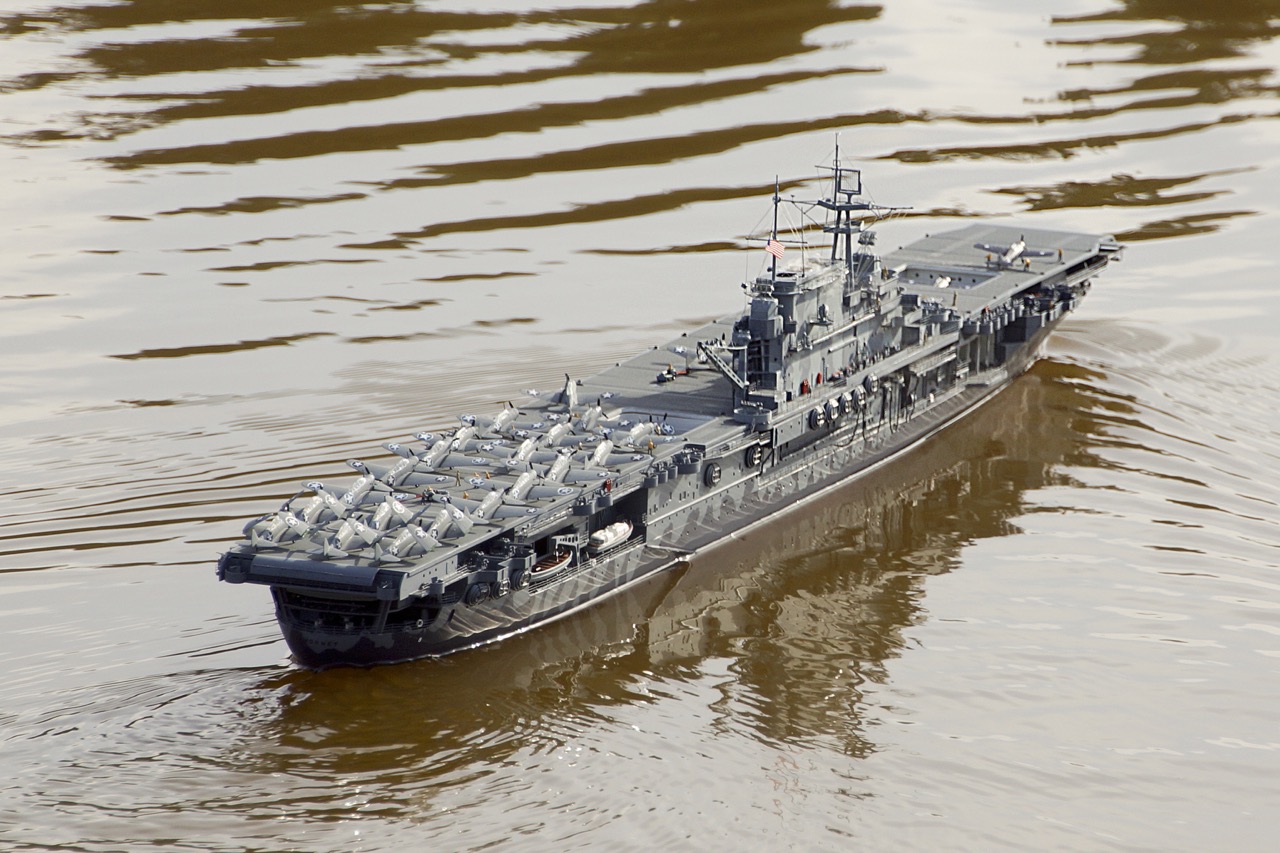 A 1/200 model of the USS Hornet CV8 built from a plastic kit and then motorised and converted to radio control. The build is described in the spring/summer and autumn 2014 issues of the club newsletter.

David’s Comments:  “The Hornet was the third Yorktown Class Carrier to be built and only lasted in service for a year and six days before being sunk by the Japanese at the Battle of Santa Cruz in 1942. In her short career she gained four battle stars and a Presidential Citation. She was the last American carrier to be sunk by enemy fire.

She carried and launched the B25 bombers for the famous Doolittle Raid on Japan and also took part in the Battle of Midway and the Solomon’s Campaign. At one stage she was the only operational American carrier left in the Pacific.

The model is built at 1/200 scale from a Merit Kit but adapted for radio control based on a Dean’s Marine motorising kit for the USS Missouri and took approx 10 months to build.” 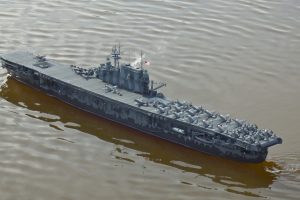 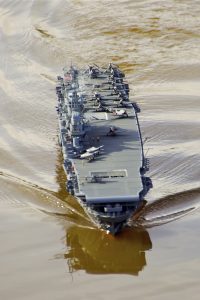 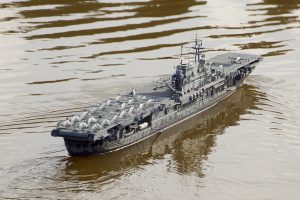 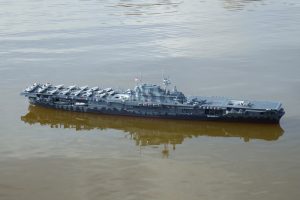 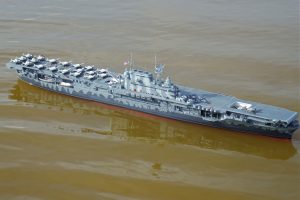 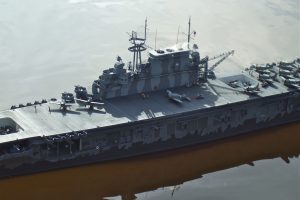 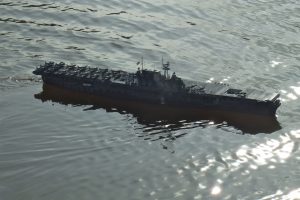 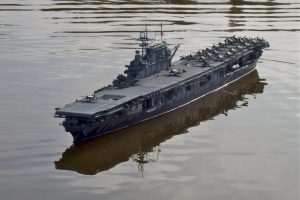 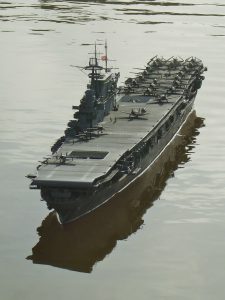 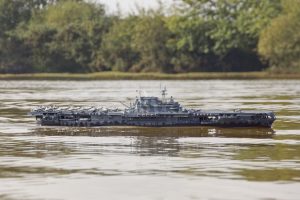 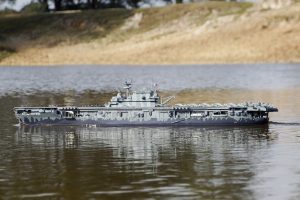 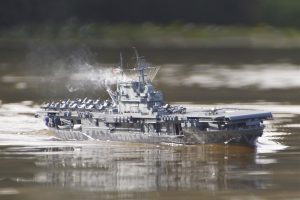 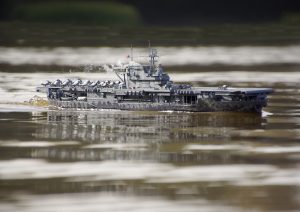 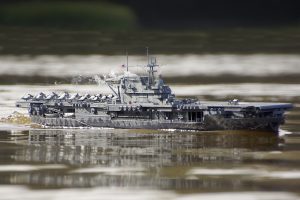 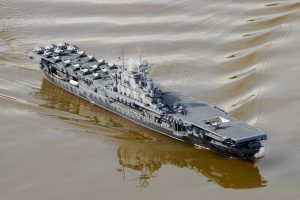 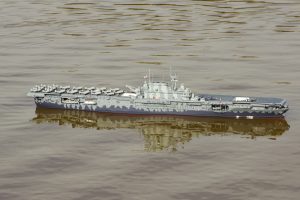