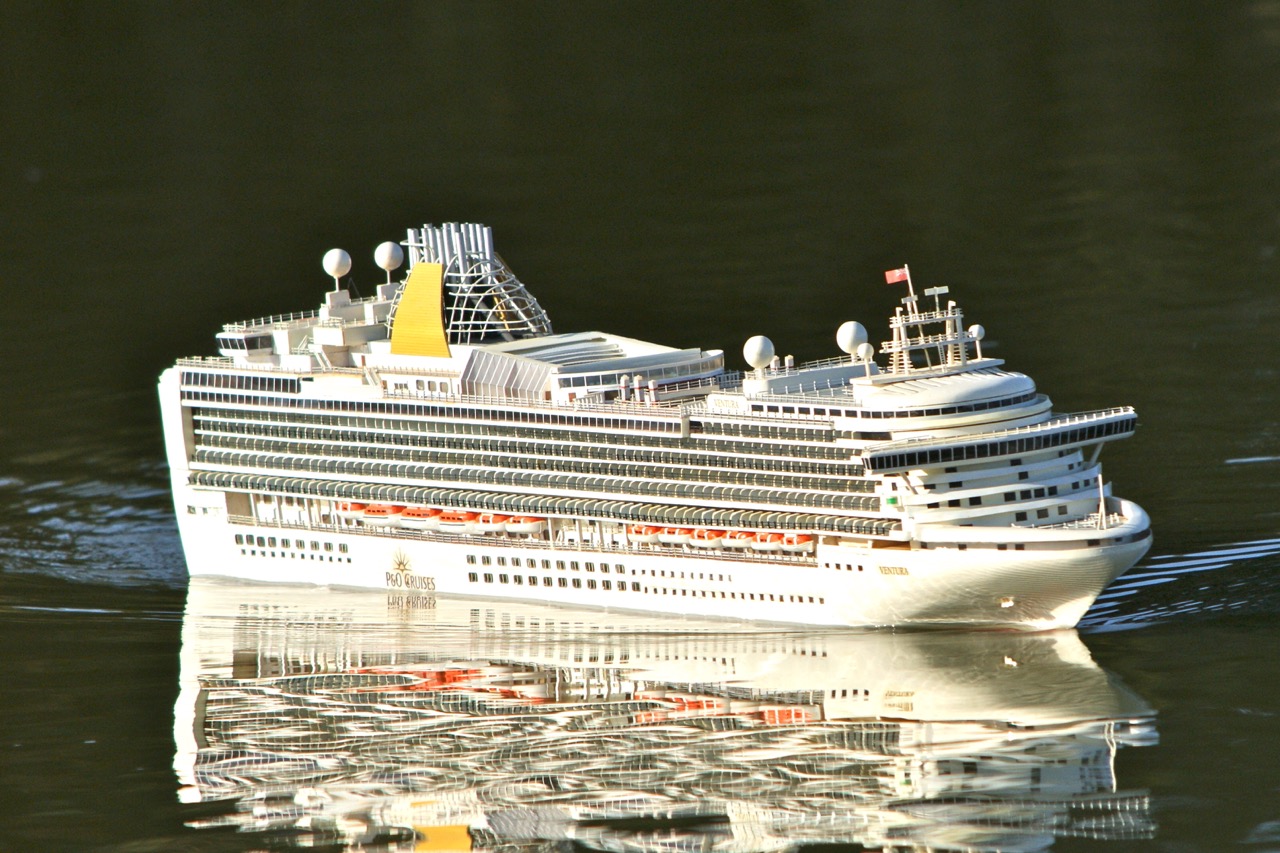 “They completed the real one just ahead of mine. I did have a little help, but I did my own drawings initially from photographs, I’ve done that with all my models and they’re all to the scale of 1 to 200 so when they’re out together they look realistic. If I open her up she will do about 45 knots which of course the real one will not do… the real one is in the 20’s, I don’t know what she does actually, probably during trials 25, 27 knots maximum, but she’ll cruise at a slower speed than that for comfort.

“I’ve said that this is the last one, the last liner. If I build something more… I’ve still got some bits of timber and plastic left; these models are built out of all kinds of things, the caps from toothpaste tubes and that sort of thing. The most expensive things are the deck rails, they’re very expensive, the most expensive part of the whole thing, apart from the radio control. To build… probably about £500, realistically if I was going to sell her I’d want about three or four thousand at least and, being equally realistic I wouldn’t get it, although I think a collector might pay four figures.”

[Other models of Don Scott]    [other Passenger Ship Models] 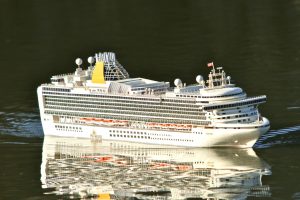 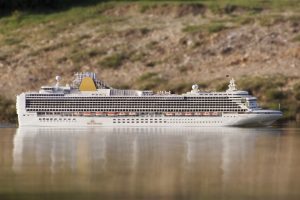 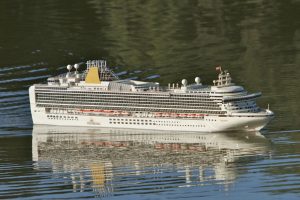 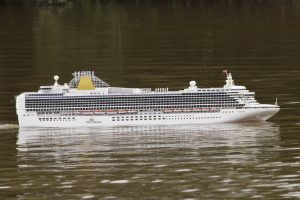 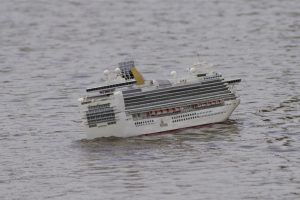 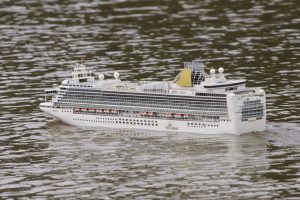 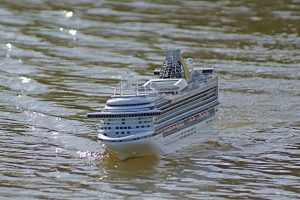 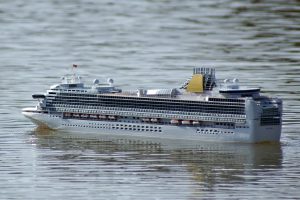 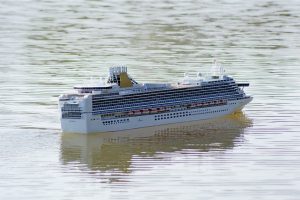 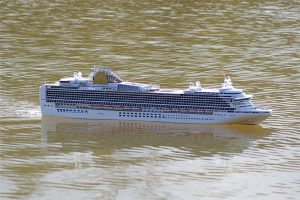 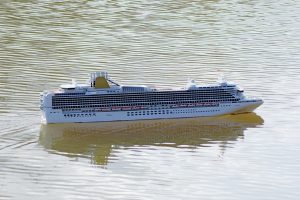