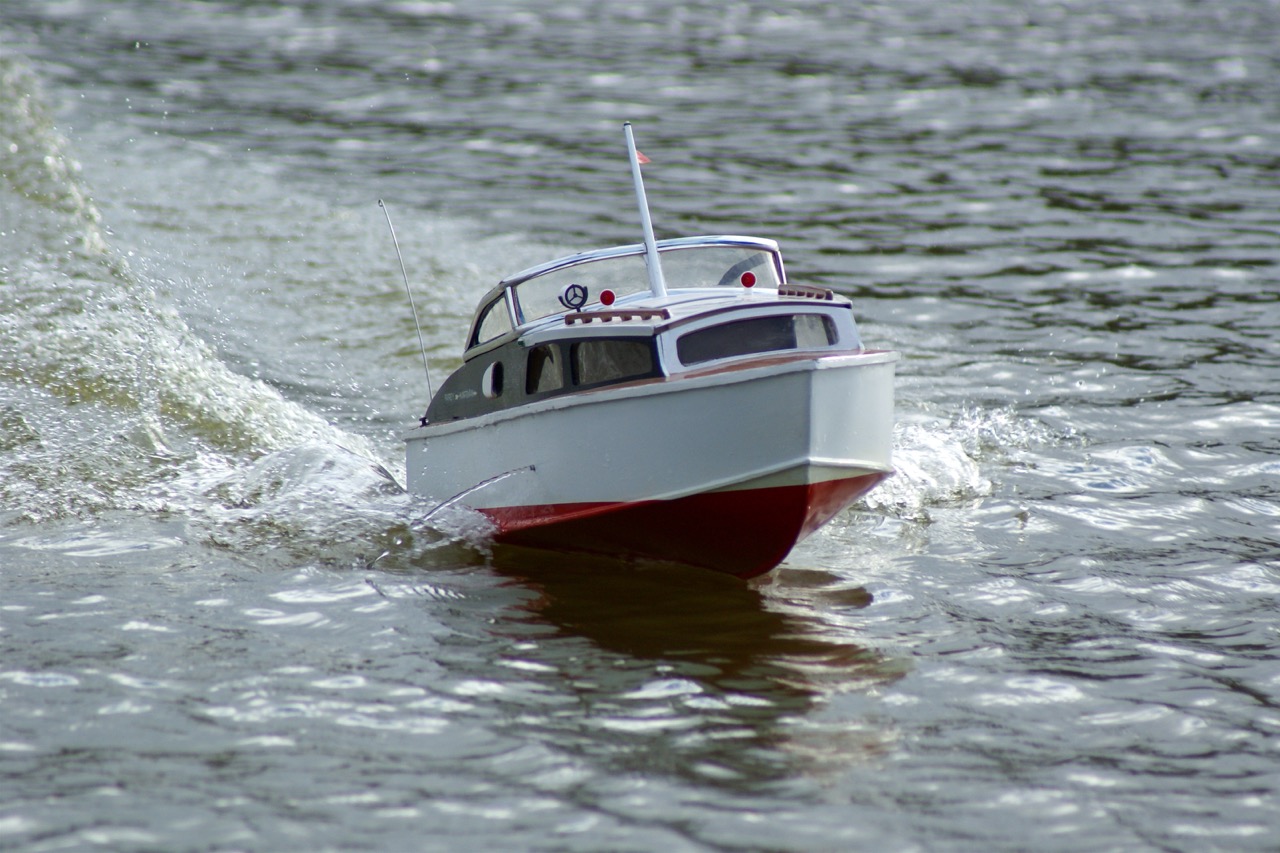 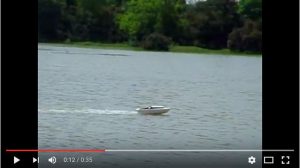 The Huntsman was a classic Fairey Marine Cabin Cruiser built in 28′ and 31′ versions. The first 28′ version was bought by Billy Butlin in late 1960; eventually 119 were to be built. The 31′ version was produced in 1967 because the 28′ version tended to be wet in heavy seas. Two versions were offered by Faireys, one with an aft cabin and one with an open cockpit. In total 32 boats were built. Model: Ray Hellicar.

Ray’s comments: “I salvaged this boat from a damaged Diesel powered vesel which had been neglected for some time. The original was constructed from an Aerokits 42” Huntsman kit.

“The reconstruction included redecking, rebuilding the cockpit area, lightening the interior structure and re-aligning the prop shaft for a shallower angle of attack. Various new parts were built and the structure lightened to improve overall performance.

“The drive system for the new build is a water cooled Graupner 700 turbo 9.6 volt motor driving the realigned propshaft and a plastic 35 SR two bladed carbon reinforced propellor. The batteries are either 2 x 6 cell (14.4V NiMH) or 14.4V Lipo 5000 mAh, the later being faster and of course more expensive.

“This boat is an attractive high performance, all weather motor cruiser that looks very authentic on the water.” 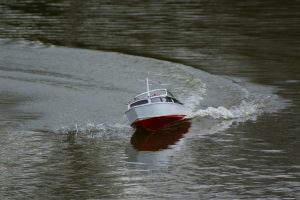 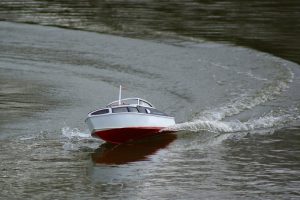 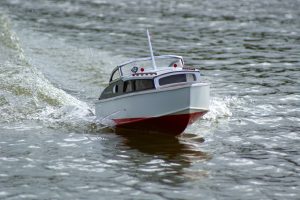 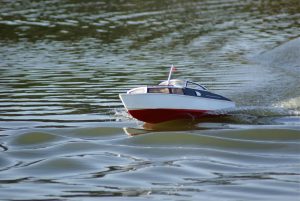 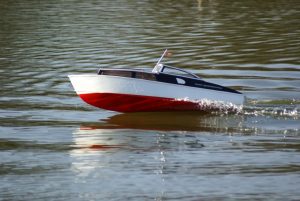 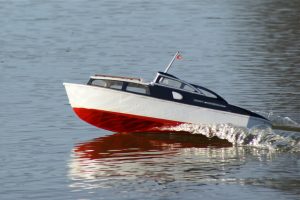 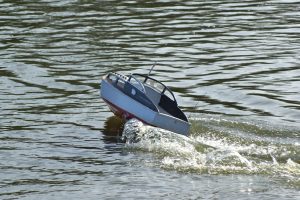 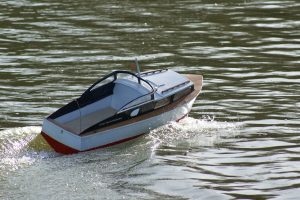 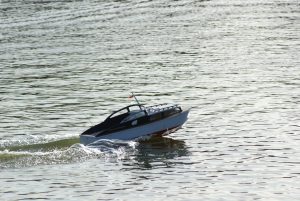 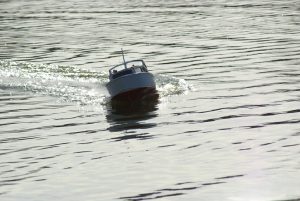