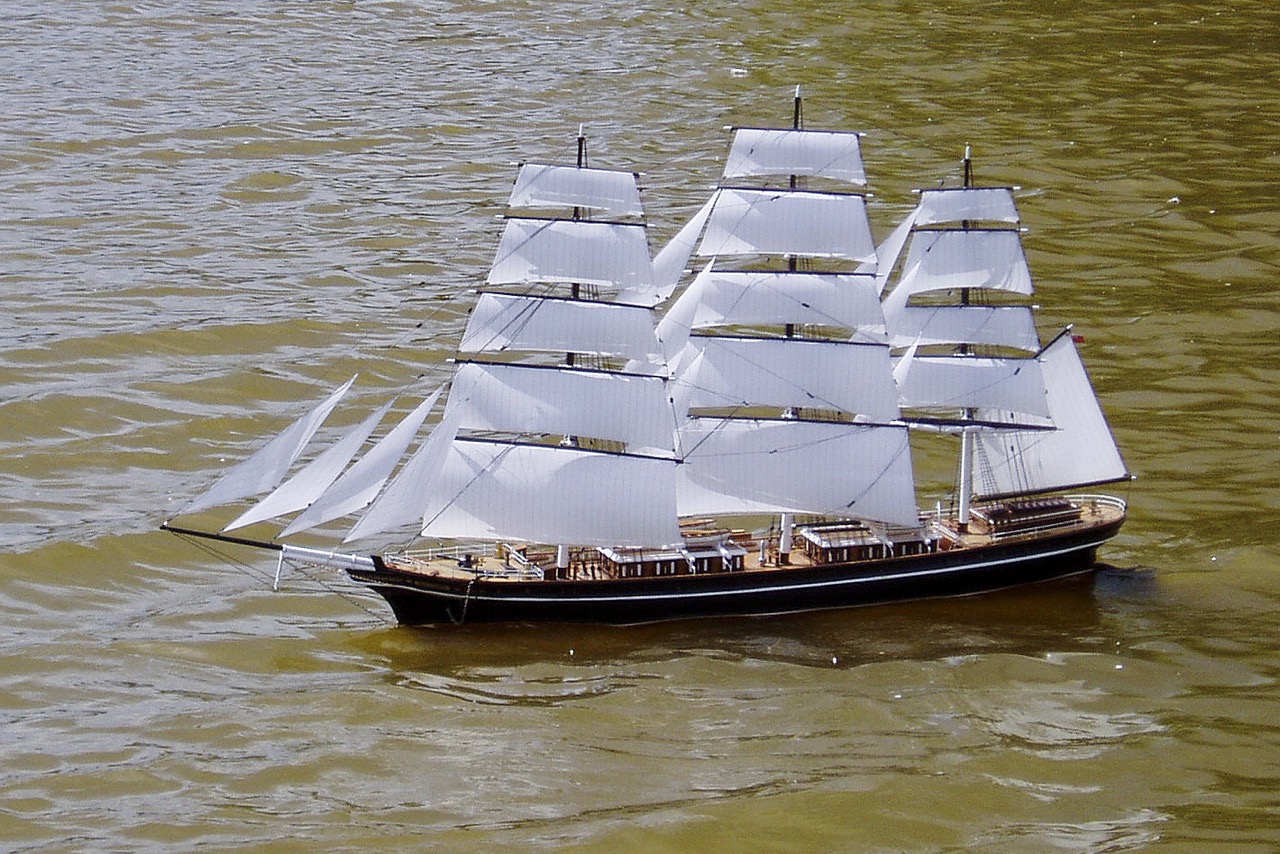 “Black Adder and Halloween were built side by side on the River Thames in the year 1869. John Willis, the owner of the Cutty Sark was so thrilled with her performance that he had Halloween and Black Adder built (in iron) on the same lines. Mordsley and Co., a marine engineering company, were given the contract. Unfortunately, they were more experienced in engineering than in ship building! During our show in Highcliffe, a distant relative of Mordsley’s saw my model of Halloween and talked to me for about an hour on the history of his great grandfather’s firm, which was nice!

“Some ships are lucky; some unlucky. Black Adder was to be dogged with bad luck from the very start. A problem with her rigging caused several dimastings which resulted in a lengthy law suit against Mordsley and Co. accidents and injuries to the crew were numerous. Even one of her Masters was seriously injured, narrowly escaping death when her windlass broke whilst raising the anchor.

“Whilst leaving Sydney Harbour, she fouled a hulk and was dismasted. Getting under way after repair, bad luck struck again. She was run down by the French mail steamer, which almost sank her. Sailing to China in 1873, she struck an uncharted reef where there should have been many fathoms of water. After many hours of being pounded by heavy swell, the captain had the crew jettison some of her cargo in order to refloat her. All efforts failed but luckily the barque Albyns Isle stood by and took all hands off.

“After the transfer of crew, a sudden squall blew the Black Adder “aback”, breaking her free of the reef and sending her off at a fair speed but crewless. It took 4 hours to catch her and get the crew back aboard. After escaping destruction and many mishaps, Willis put her in the wool trade and later she was sold to the Norwegians. After 37 years she disappeared from Lloyds register in 1906.

“My model is built on the traditional plank on frame method, with sails powered by drum winch. My concern with her history of bad luck has made me wonder whether I should change her name, but I am told it is bad luck to change a ship’s name so I’ll just leave well alone and keep my fingers crossed.” (David Edwards, May 2015)

[Other models of David Edwards]    [other Square Rigged Models] 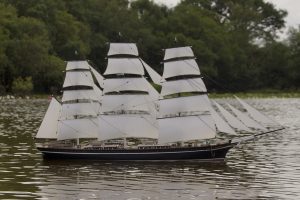 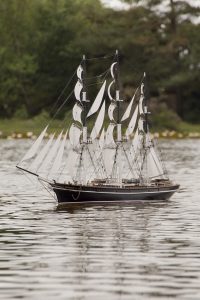 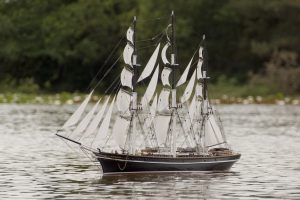 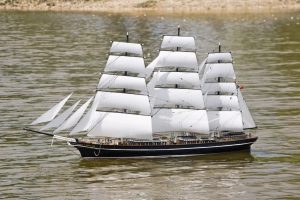 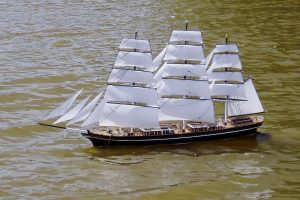 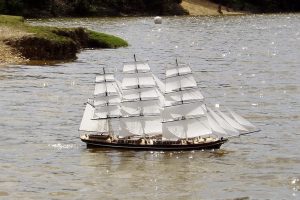 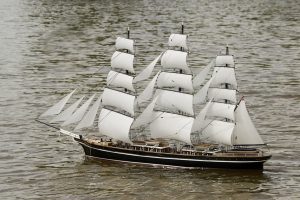 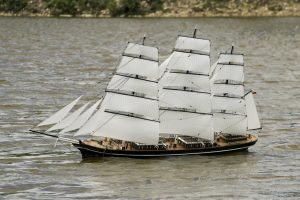 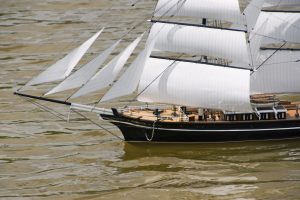 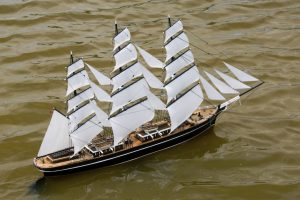 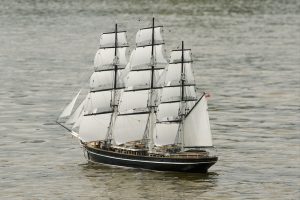 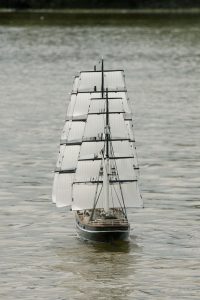 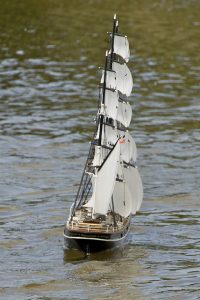 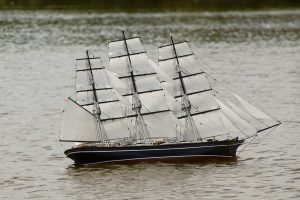 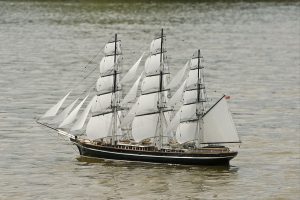 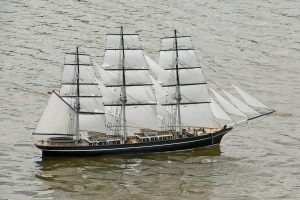 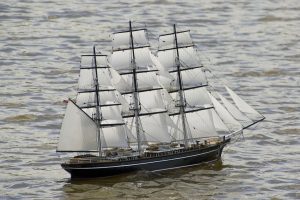 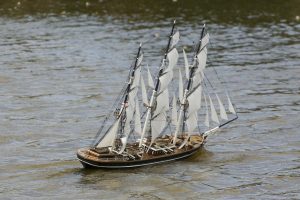 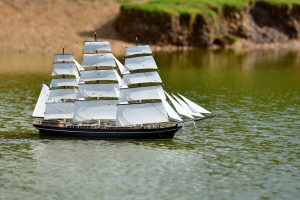 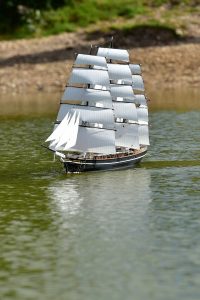 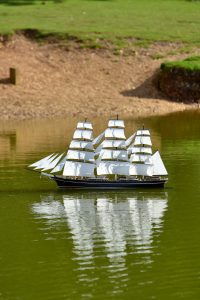