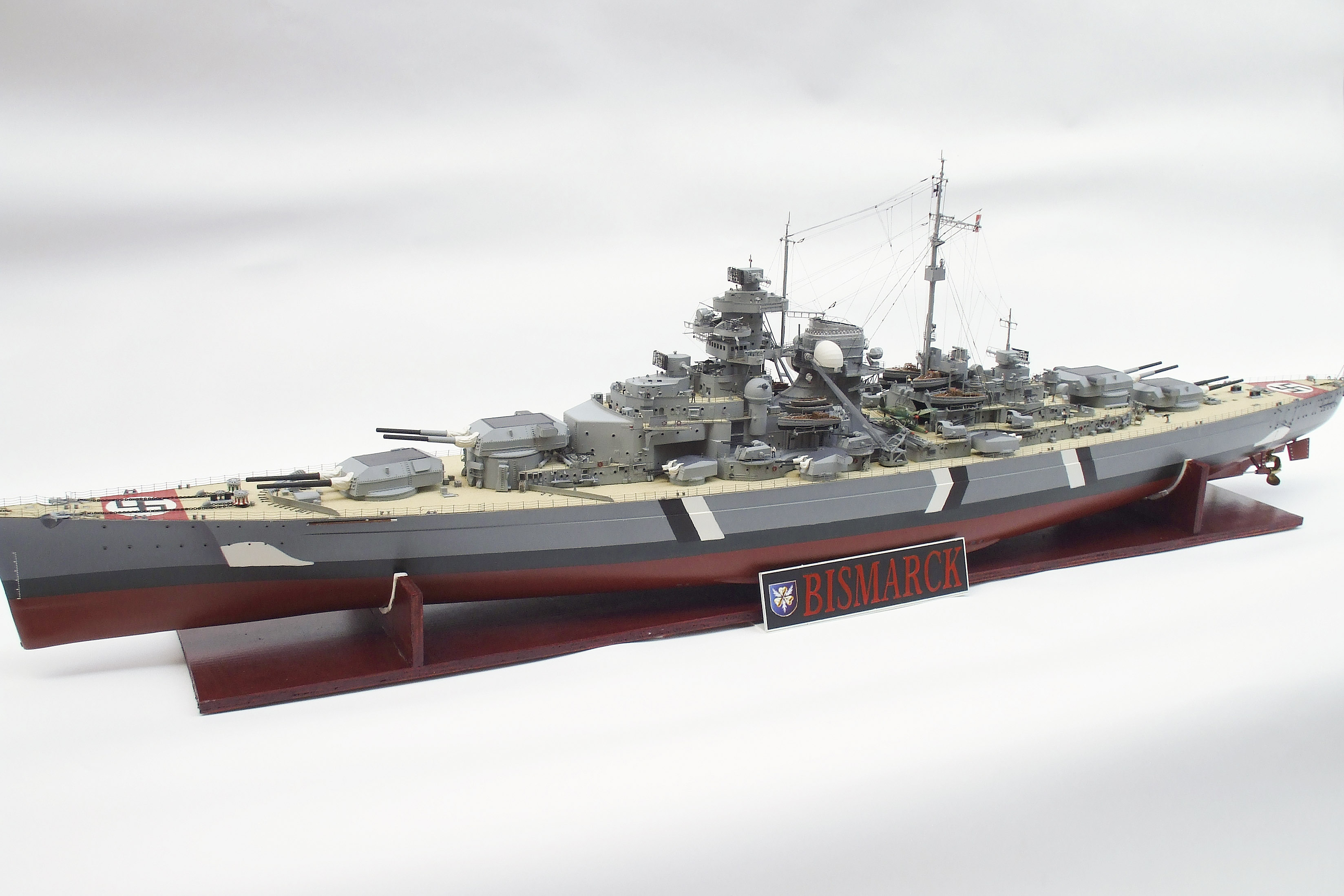 At last I have finished my latest project KMS Bismarck at 1/200 scale made from the Trumpeter Kit, MK1 Etch brass detailing set and wooden deck, Deans Marine motorizing set, Graupner smoke unit and some scratchbuilding. The model represents the ship as she appeared on arrival at Grimstadtfjord on 21st May 1941, not all the Baltic Camouflage had been painted over with light grey on the hull and this work was completed prior to her departure for the Denmark Strait where she was to encounter the Hood and Prince of Wales and ultimately to meet her demise at the hands of the Royal Navy on 27th May 1941  (her build was completed on 2nd August 1940 and she was sunk on 27th May 1941).