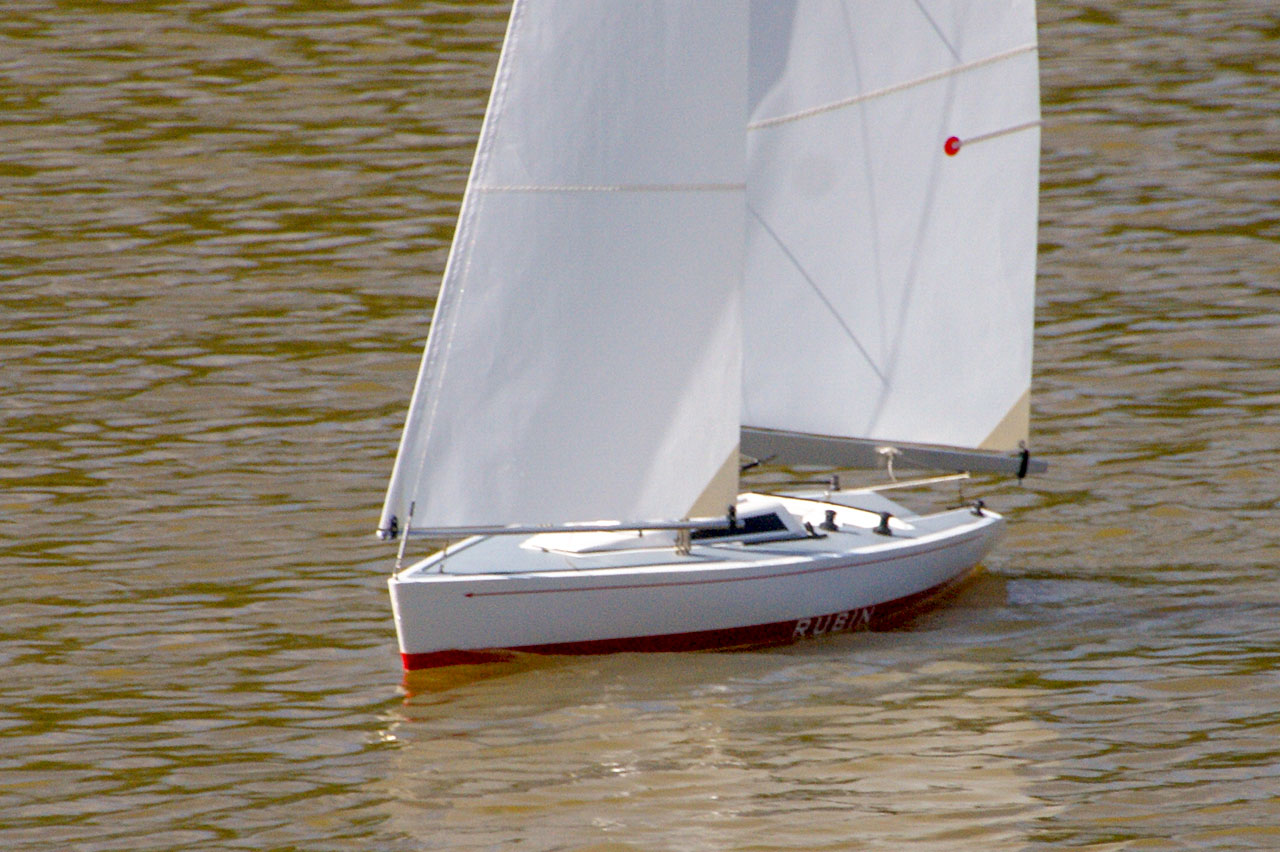 Nigel James writes: Rubin is a 1:10 stand-off scale model of the eighth “RUBIN” owned by the president of the German Sailing Association, H.O.Schumann. Rubin was designed to the “One Ton” rules of the IOR in 1985 by Judel & Vrolijk. In 1985 Rubin was part of the Admirals cup winning team alongside “Outsider” and “Diva”.

The model itself was originally available as a kit from Graupner. The 1:10 scale is very “stand -off” in places. The boat is much narrower than scale would dictate and the draught is much greater with a relatively heavy bulb ballast. The result of these “tweaks” is that the model sails well on full sail in a reasonable breeze. The development of the model was described by one of the designers on the RC-Groups forum.

Acquired in June 2018 from another club member the model has been re-rigged and repainted in Rubin’s original colours of red and white.

[Other models of Nigel James]    [other Cruising Yacht Models] 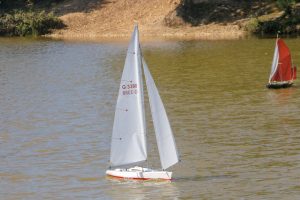 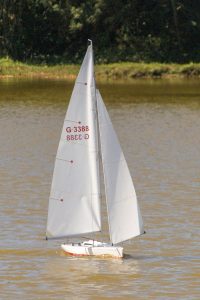 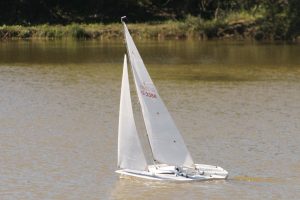 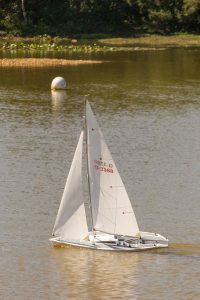 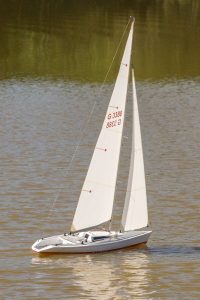 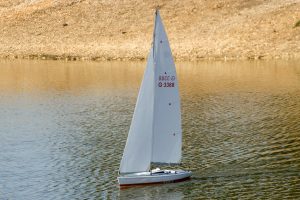 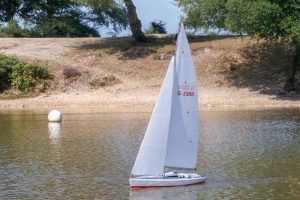 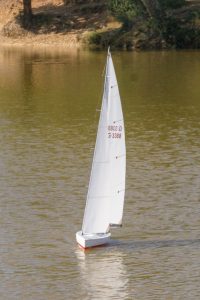 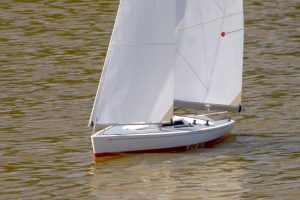 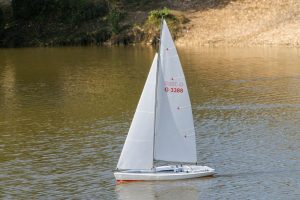 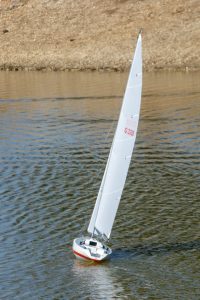 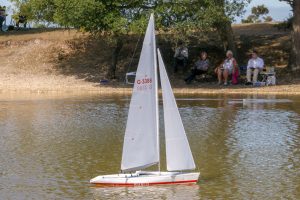