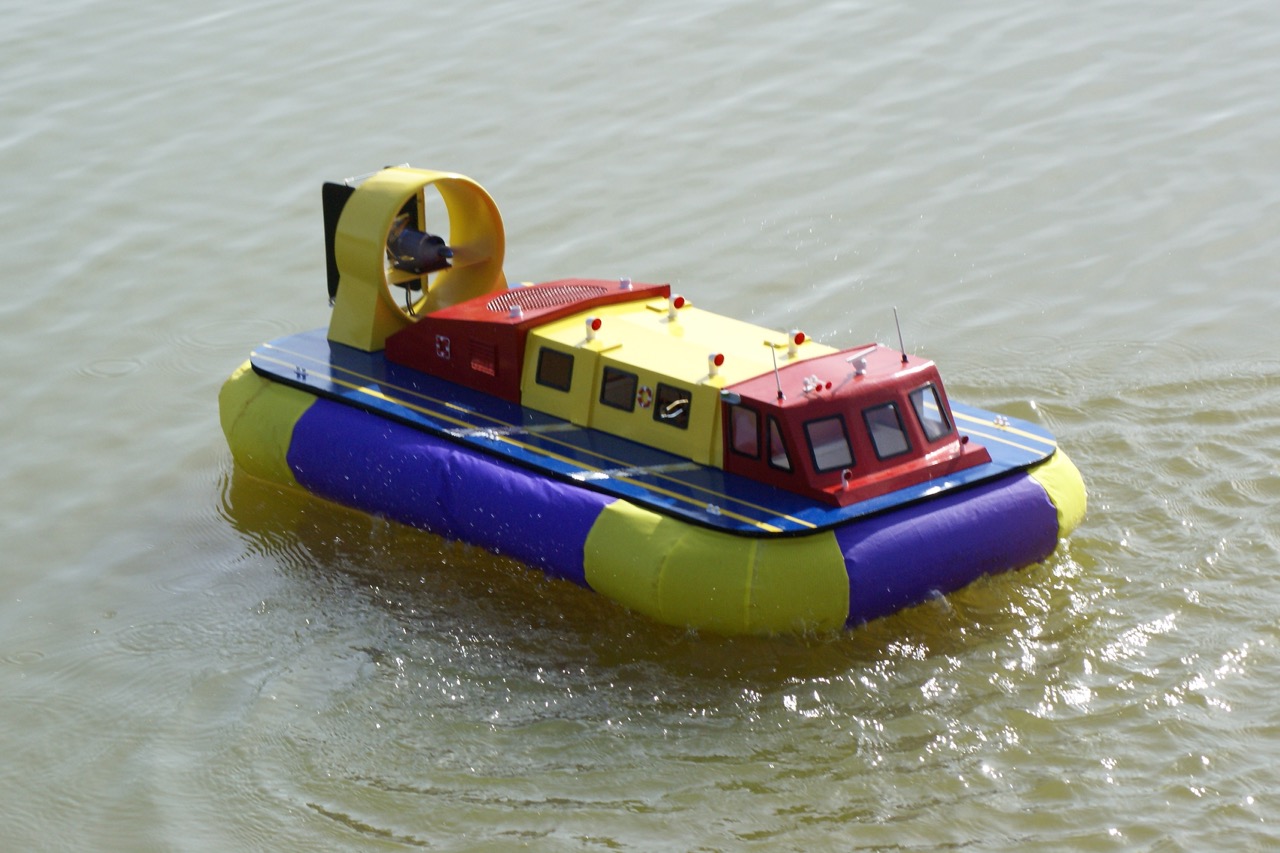 Chris Chattaway’s scratch built Griffin Hovercraft. Chris’s Comments:
“I first became aware of this hovercraft at our Highcliffe show in 2008. Peter Bryant was building his second one of these and I just fell in love with it and had to have one. It was built using Mark Porter’s plan on the model-hovercraft.com web site. 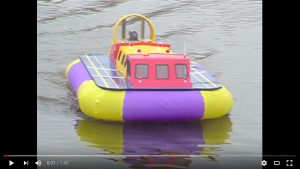 It took 9-10 months to build with lots of help from Peter and his wife Carole (sewing skirt for me) for which I am very grateful. The hull and superstructure is built from 0.8mm ply with the lift and thrust ducts from 0.4mm ply. The skirt uses kite material. The lift motor is a 1700rpm outrunner brushless motor with a 30amp speed controller. The original thrust motor (as seen on our Movie Gallery) was an Ansmann 1800rpm brushed car motor; although this worked OK it was not very fast. It now has an inrunner 540 size 13t/3000kv EZRun 35amp programmable brushless motor which has made it considerably faster.”

[Other models of Chris Chattaway]    [other Hovercraft & Seaplane Models] 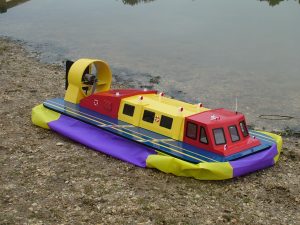 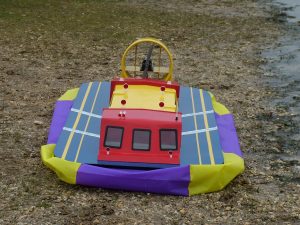 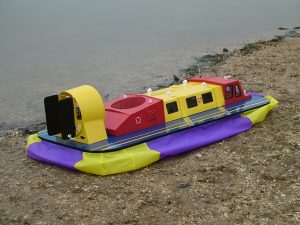 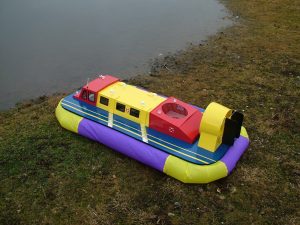 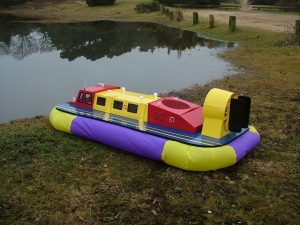 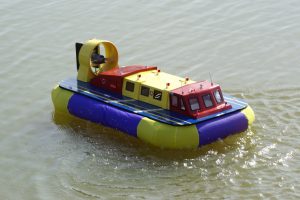 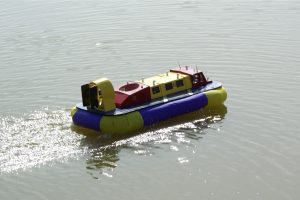 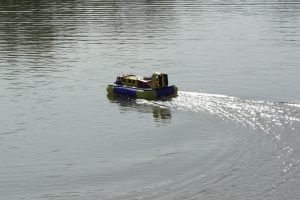 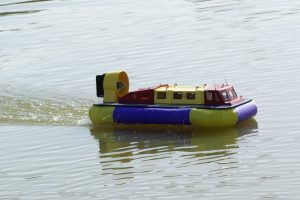 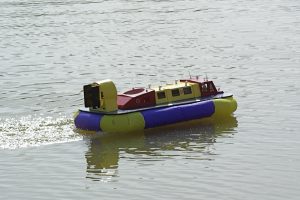