In January 2001 the pond flooded over the car park and the normally dry heathland to the north reaching as far as the smaller north car park. Club member Roger Yeatman took these photos of what he named “Setley-on-Sea! Similar flooding occurred in the winters of 2012/13 and 2013/14. 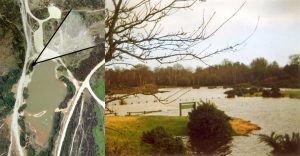 View from western banklooking past the car park to the (normally dry) area beyond. The posts mark the edge of the car park furthest from the pond.
+ 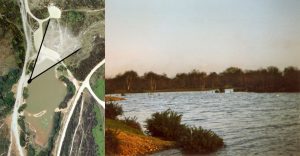 View from western bankfrom a position close to the (underwater) planks towards the flooded car park and the (normally dry) area beyond.
+ 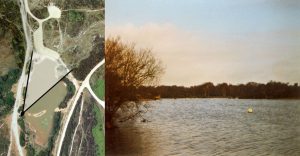 An overall view of the pondfrom a position on the western bank close to where the island would be if the water level were lower.
+ 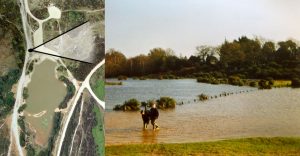 Paddling across the car parkwhere the water is browner in colour compared to that over the heath land to the north of the car park.
+ 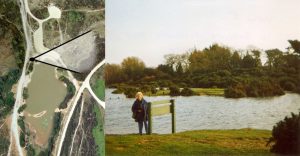 The central area of this view is normally car park. The actual “pond” extends off to the right of the photograph.
+ 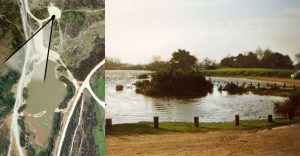 View from the small car parktowards the flooded main car park and, in the far distance, the pond!