About Setley Pond "Then" and "Now"

Photographs from the late 1970’s or early 1980’s show that the banks of the pond were less wooded in the 1970’s than they are now. Indeed it is not possible to reproduce many of those scenes today because the pond can no longer be viewed from the exact position due to undergrowth and trees. Here are some examples (click to enlarge a photo, then click again to compare):

Jealous Lane runs above the eastern bank of Setley Pond. The pond was clearly visible from the lane in the past but is now obscured by gorse and trees. 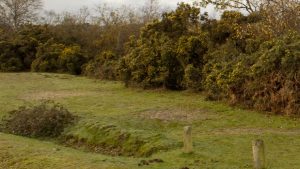 Looking north towards the car park from the island end of the pond. In the past there was only low gorse along the western bank, not the present day trees. 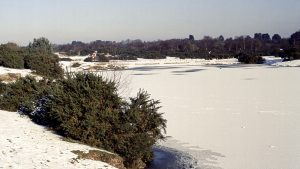 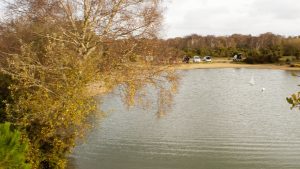 Another view of the western bank showing that there were fewer obstructions to the wind in the past allowing better sailing conditions! 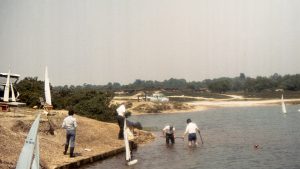 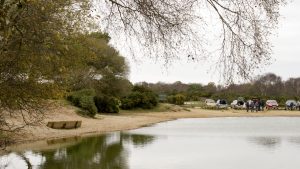 From the western bank it is possible to obtain photos of the eastern side of the pond to compare with some of the “Early Days” views. These examples confirm the greater growth of gorse and trees on the banks nowadays: first the “Point” (early 1980’s and 2011) and then the eastern bank (late 1970’s and 2011): 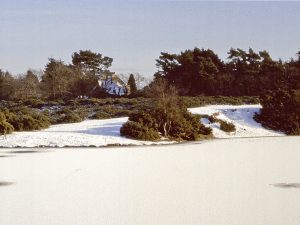 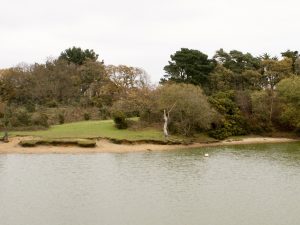 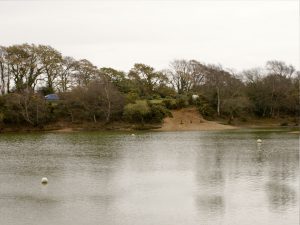