There was a Prisoner of War Camp west of the Brockenhurst to Lymington road, just south of the Filly Inn (OS Map reference: SU 301 998). The camp originally held Italian POWs, then Germans. The camp layout is still clearly visible in aerial photos and can be compared with a view of the camp from the air in 1946. 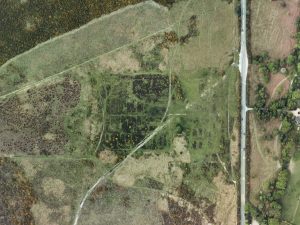 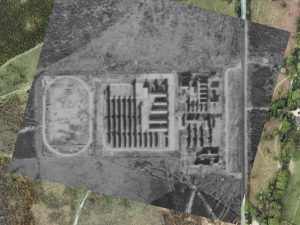 Visiting the site, it appears that the darker patches in the aerial photo consist of roughly rectangular areas of heather or, in some cases, gorse. These mark where the buildings were and because the paths and roads between the buildings were concreted, they are still suppressing vegetation growth, other than grass. The photos below what were presumably concreted road sections and a circular concrete structure (possibly a well?). 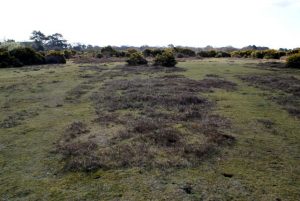 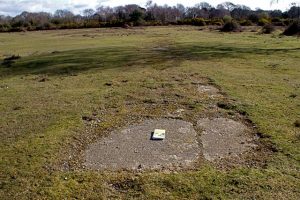 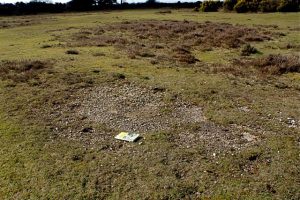 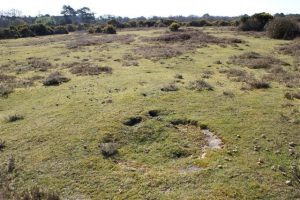 Reproduced below are photos of an ID card provided by Rose Chiverton. The card belonged to her father who was an Italian PoW at Setley Plain. Rose is keen to obtain further information about the Camp (email Rose Chiverton). 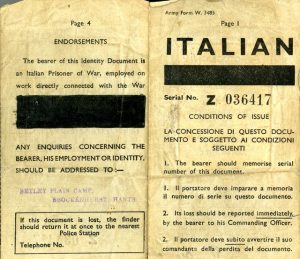 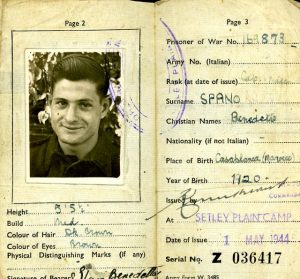 Apparently the Camp continued in use until the 1960’s as housing for local gypsies who the authorities were keen to remove from the open Forest ( New Forest Explorers’ Guide ). It is not marked on postwar OS maps but “military installations” were often omitted.

Solent Radio Controlled Model Yacht Club Home Page > Setley Plain PoW Camp
We use cookies to ensure that we give you the best experience on our website. If you continue to use this site we will assume that you are happy with it.Ok