In the May 1972 Model Boats magazine an experienced model yacht racing enthusiast, C.R. (“Bob”) Jeffries, reviewed the “Star-C”, a new type of radio controlled yacht. At the end of his article he suggested possibly forming a club. By October 1972 the New Forest Model Yacht Club had been formed with members predominately sailing radio controlled Marblehead yachts (“RMs”) and Bob Jeffries the acting secretary, later Commodore. 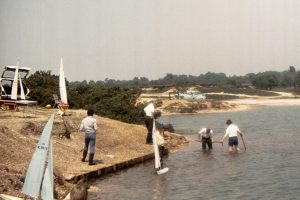 By spring 1974 membership was over 30 members, a”Model Yacht Sailing” sign had been erected by the Forestry Commission, and the pond deepened using a hired excavator (thus creating the “island”). It seems likely that the “launching quay” was also constructed at this time along part of the western shore . Only a single section of these planks remains today. 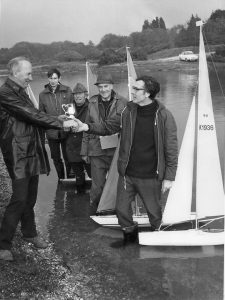 Sailing at Setley continued in 1977 and David Waugh won the Metropolitan and Southern District RM Championship held in April. The photo shows, standing in the pond from left: Neil Charman(?), Norman Curtis (Woodley MYC), Bob Jeffries, and David Waugh. However 1976 had been a very dry summer and the area available for model yacht racing in that and similar years must have been very limited. In 1978 the Club divided. The New Forest MYC transferred to Snails Lake near Ringwood and the Solent Radio Controlled Model Yacht Club was formed at Setley.

Below is a collection of Model Boats Magazine articles relating to the first years of the New Forest Model Yacht Club. 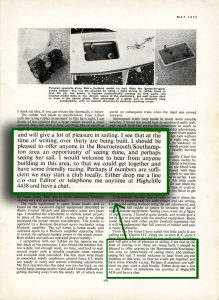 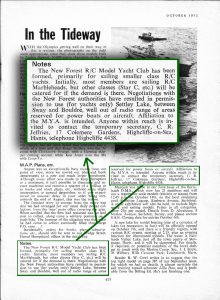 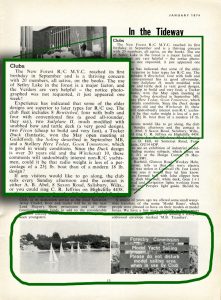 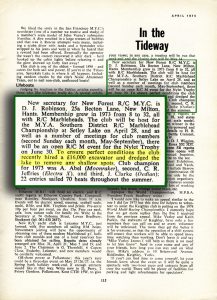 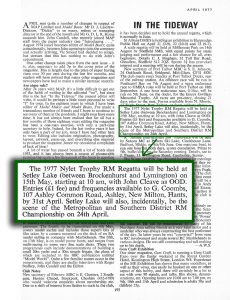 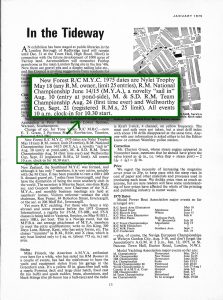 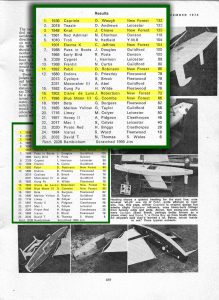 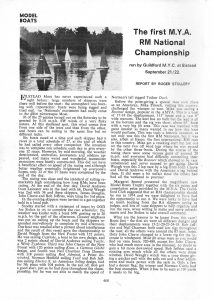 Here are some more photographs dating from the 1970’s (courtesy Graham Coombs): 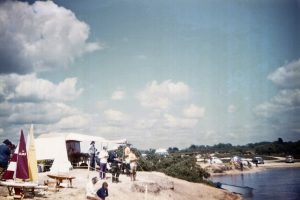 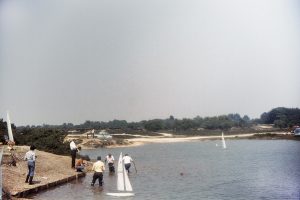 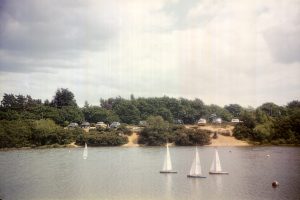 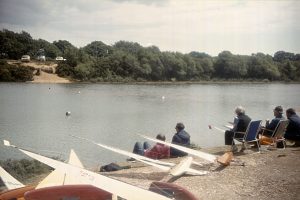 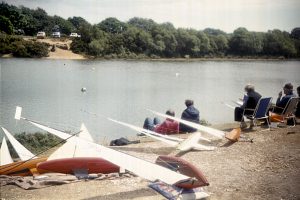 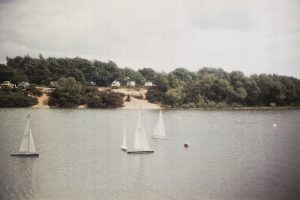 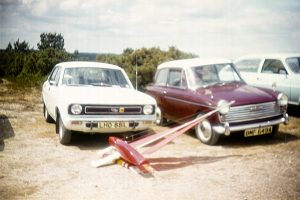 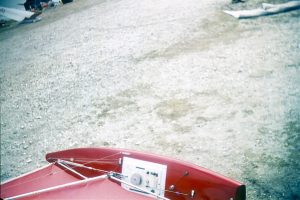