Club Newsletters give the impression that, during the early 1980’s, the Scale Section of the SRCMYC was struggling to define its purpose. Both yacht racing and scale sections were organised by the one Club Committee and there were attempts at joint events such as a “Sail and Scale” Regatta. Photographs from the period ( provided by Club member Ken Dyer) show scale boats on the pond and in one photo there are racing yachts, probably RMs, in the background. 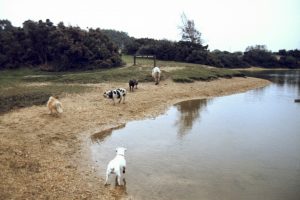 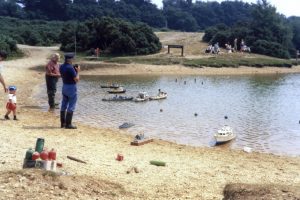 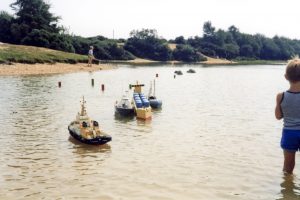 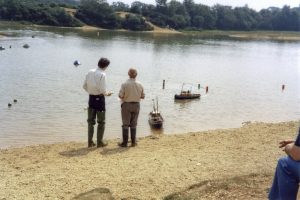 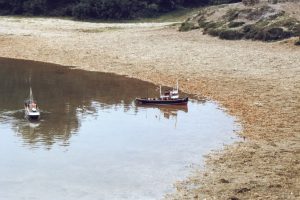 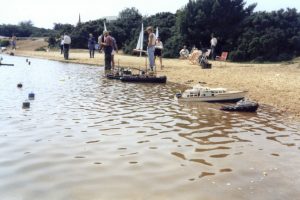 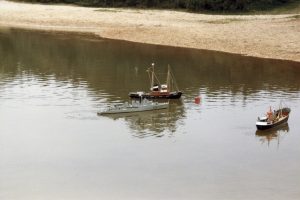 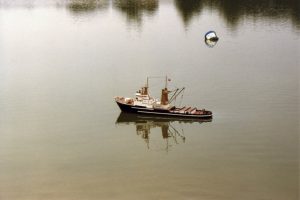 Disappointing attendance at organised events led to a change in Club structure in 1984. A Scale Captain, Vic Ward, was appointed and Scale meetings held at his and other members houses. Tug towing and steering competitions were planned. However support for these events was poor and not helped by bad weather during summer 1985. In 1986 the use of a newly created pond at Nea Common in Highcliffe was negotiated with Christchurch Council in the hope that it would prove more convenient for some members. However the pond proved poor for model boating and was only visited a few times.

However, despite the apparent lack of enthusiasm for organised events at the pond it appears that Scale modelling was continuing apace. An increase in activity on scale days at Setley Pond was reported in 1988, with available 27MHz frequencies sometimes running out (40MHz was only just becoming available for R/C use). Also in that year a successful exhibition was held on the 5th February at the Greystones Community Centre, Highcliffe. 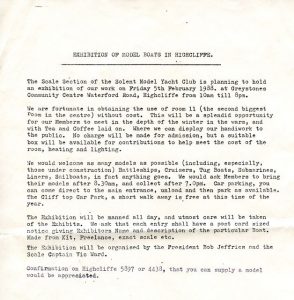 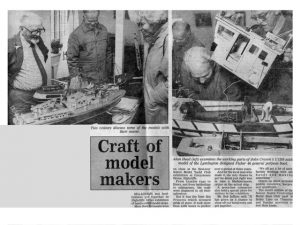 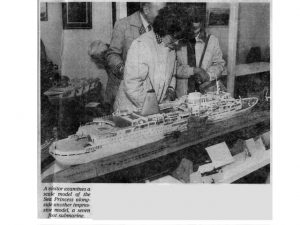 The report on the show in the Evening Echo (Bournemouth) on the following Friday said:
SEA-LOVERS and landlubbers got together in Highcliffe for an exhibition of hand-crafted model ships. More than 50 vessels were on show at the first-ever Solent Model Yacht Club exhibition at Greystones House, Highcliffe.

From Humble tugs to liners, and from battleships to submarines, the craft were displayed in all their splendour. But it was the liner Sea Princess which scooped pride of place. It took more than 4,000 hours to perfect over a period of three years. And for the local man who made it, the only chance to get the detail just right was to take a Mediterranean cruise on the actual ship. A seven-foot submarine also held a special place for visitors to the exhibition.

Mr. Bob Jeffries said: “It has given us a chance to show off our handiwork and get together. We all get a lot of satisfaction working with our hands and making something.” Others on show included paddle steamers, barges, and speedboats. The model section of the Solent Radio Controlled Model Boat Club meet at Setley Lake on Thursday and Sunday mornings to test their boats.