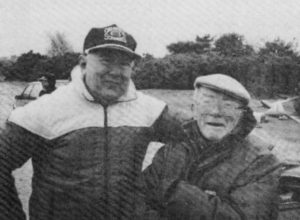 Eric Shaw, SRCMYC President during the 1990s, was also a member of Poole Radio Yacht Club and of the Vintage Model Yacht Group who sail classic model yachts on, among other locations, the Round Pond in Kensington Gardens, London. The VMYG still visit Poole once a year to compete for the Eric Shaw Memorial Trophy. Eric (right in photo) is pictured in 1994 with Mark Steele during the first Fiji Trophy race at Setley Pond. 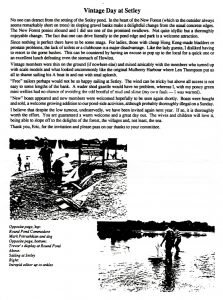 In the early 1990s the Scale Section of the SRCMYC visited Poole each year to coincide with the annual VMYG meeting there. Eric Shaw first invited the VMYG to visit Setley in August 1993, the report  is from a VMYG publication. An annual visit to Setley by the VMYG continued until recent years but the number of members attending dwindled. In 2011 only two VMYG members attended the event. 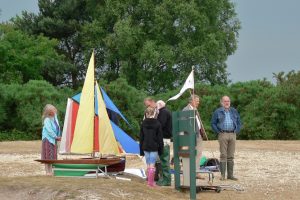 As noted in the original report, Setley Pond is not a good location for free sailing (i.e. not radio controlled) yachts since many parts of the pond edge are hard to reach even with a good pair of waders.  Over the years the growth of bushes around the banks has made the situation worse. Nowadays the only major free sailing event at Setley is the Boxing Day Regatta organised by the Lymington Yacht Club who bring a small rowing boat to rescue stray yachts! 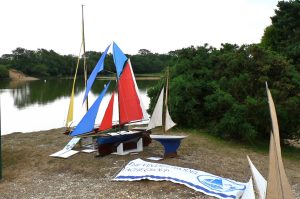 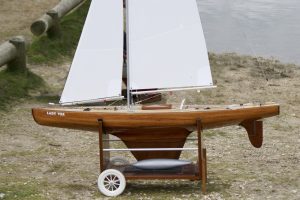