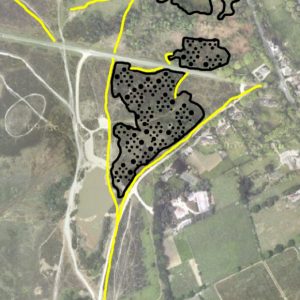 By 1909/1910 the main gravel pit has extended slightly further south and none of it is shown as over-grown. Maps from the 1930’s (1930,1938) were supposedly based on mapping in 1919 but the 1938 map looks remarkably similar to those from 1909/10. Assuming that they remained accurate, there was no pond at Setley before or following World War 1, and probably none before World War 2.

Solent Radio Controlled Model Yacht Club Home Page > Setley Pond > Pond History > Setley Gravel Pit 1909-1938
We use cookies to ensure that we give you the best experience on our website. If you continue to use this site we will assume that you are happy with it.Ok